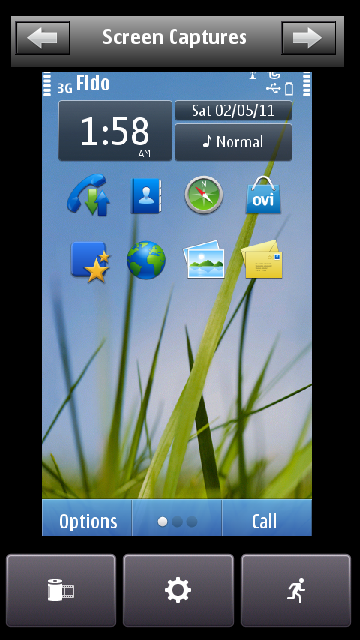 Update: Just published in the Ovi store http://store.ovi.com/content/111560
For my last post I talked about the Symbian UI and posted screenshots as visuals. Well, the app I used was one I developed called TapGrab. Just tap double tap the phone and a screenshot of your desktop is saved locally in “E:/Images/Screen Captures” and uploaded to Dropbox.
The app is free, but it contains ads. I also plan to release a paid version to see which one does better.